Notify me when back in stock

Breathe and relax with the sounds of the didgeridoo, float along the waves of the harp, be caressed by gentle guitar, mesmerised by the sitar, seduced by the saxophone and let your heart open with angelic voices for your journey with us into the depths of a higher consciousness. Feature track with Chris James. Made on a hemp plastic cd tray and using hemp paper insert. Feature instrument: 100% hemp didgeridoo.

We like hemp. In fact we love hemp. We write music and songs about it. We play our music on didgeridoos made out of it - hemp plastic!

And when we recorded our new album, we printed the inlay on paper made from it and put the CD in a case that has a plastic tray made from it too!

Why do we do this? Because hemp presents us – all of us – with an inspiring opportunity to live in harmony with each other and with our planet, and we want to spread the word!

Perhaps one of the reasons that Fields of Green has the power to instill calm, encourage reflection, gentle thought and well being is that these are all qualities shown and valued by ourselves. We also valued the opportunity to get together once again to perform and record this album. Thanks to all that played a part especially the folk at Cutting Edge Studios whose support really has made the most of the groups efforts.

And the newest addition, Oceans of Blue was created in Tarshito's solar powered studio with the gifted talent of local musicians including the talented vocals of Elen of Evolove and Chris James.

Hemp Music comprises the talents of:

Tarshito
Both albums were produced, edited and arranged by Tarshito from Kittani Music Solar Powered Studio. Tarshito is a very creative, talented and prolific musician, composer, producer, recording artist living in the Rainbow region of Australia. He has produced, recorded and released 34 of his own albums to date and many albums for other artists. Tarshito also played steel string, Spanish guitar and percussion on Oceans of Blue

Si Mullumby (didgeridoo)
DidgeSi is a talented musician who creates spirited tribal music using the traditional Australian aboriginal instrument, the didgeridoo, didjeridu, or didge.Si weaves the dynamic sounds of the didge through the rhythmic beats of tribal drums and lilting songs to create a contemporary, trance-like sound.Known for his unique techno style, Si believes the didgeridoo, known by the indigenous Australians as the "yidaki", is an instrument which opens the gateway to the Dreamtime, and connects us with the great spirit.

Robert Neil (harp)
Rob is an expert harp player. First inspired by the music of Andreas Vollenweider, he later found the opportunity to make a harp with Andy Rigby of Castlemaine,Victoria, Australia. Self taught, he has developed a style that is truly his own, expressing the music that comes from the depths of his heart. He now makes harps, being responsible for a small local harp revolution.More info on Rob and his other work can be found at www.blissmusic.biz.

Sangeet
Sangeet's Sitar added the extra dimension required for Oceans of Blue. Sangeet is a perfectionist with a number of his own excellent productions.

Jeremy
A local busker, Jeremy is known for his pan pipes which simply shined within the musical harmony of Oceans of Blue.

Peter Haddock (flute)
Where ever you hear a flute on Fields of Green, that'll be Peter's expert performance!

Justin Firefly (guitar)
Big thanks to Justin for gracing us with his time and expertise.

Gumaroy (vocals)
Indigenous Australian extra-ordinaire- poet, singer, didg player and teacher to visitors to his land who are open to the light that shines from the heart of Australian culture.

Kinan and Ali (vocals)
Spirit brother and sister, recorded in our first 2002 sessions, their voices are used as samples in a couple of tracks.

Jarien (laughter)
10 months old and his first studio recording! His laugh is sampled in Child's prayer. How to Grow Hemp For Profit 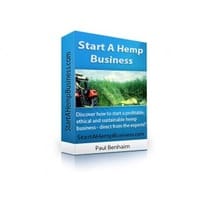